For a lighter side to the main article, The Onion made a valid point the other day: Nation’s Lower Class At Least Grateful It Not Part Of Nation’s Middle Class

“CHAPEL HILL, NC—A survey released Wednesday by researchers at the University of North Carolina found that despite the many challenges they face, the nation’s lowest-income individuals are nonetheless thankful they don’t have to endure the unique hardships of the nation’s long-suffering middle class.

According to the report, the 46 million Americans who fall below the federal poverty line, though struggling mightily, are at least glad they don’t have to live up to some rapidly vanishing American dream of advancing in their career, making more money, and improving their lifestyle, the way their middle-income counterparts do.”  Keep reading > 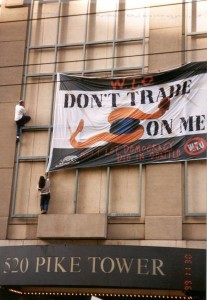 For decades our politicians have promised us that the “free trade” agenda would bring us greater prosperity than ever before. They insisted that merging our economy into the emerging one world economy would cause millions upon millions of new jobs to be added to the U.S. economy.  Unfortunately, it was all a giant lie.

Trading with other countries is not a bad thing as long as the level of trade is fairly equal on both sides. When trade becomes very unequal, the consequences can be absolutely catastrophic. Since 1975, the United States has bought more than 8 trillion dollars more stuff from the rest of the world than they have bought from us. We are the only economy on earth that could have had 8 trillion dollars drained out of it and still be standing.  Instead of leaving the country, those 8 trillion dollars could have gone to U.S. businesses and U.S. workers. If we could go back and have a “do over,” how much more prosperous would we be today if we had kept that 8 trillion dollars inside the country?

But instead of pursuing a balanced trade philosophy, our politicians were so enamored with the emerging one world economy that they threw all caution to the wind.

So we have lost tens of thousands of businesses, millions of jobs and trillions of dollars of our national wealth.

And this emerging one world economy is absolutely killing American workers.  It lumps them into a global labor pool with workers in other countries where it is legal to pay slave labor wages.

Just think of it this way. Imagine that you are a giant corporation that makes “widgets”.  You can make them in the United States, but you would have to pay your workers about $10 an hour, provide them with a whole bunch of benefits, pay very high taxes, and comply with a dizzying array of laws, rules and regulations.

Or, you could set up shop on the other side of the world where you could pay your workers a dollar an hour.  Those workers would receive no benefits and you would have to deal with very little red tape.

Which would you choose?

The “giant sucking sound” that Ross Perot once warned us about has become a reality.  Big employers are competing with one another to see who can outsource jobs the fastest, and American workers are the big losers in all of this.

As I wrote about the other day, right now there are some American workers that are actually personally training their replacements from overseas how to do their jobs.

If nothing is done about this, jobs are going to continue to pour out of high wage countries such as the United States and into low wage countries on the other side of the globe, and big corporations are going to keep laughing all the way to the bank as unemployment in America gets even worse.

The following are 22 stats that show how the emerging one world economy is absolutely killing American workers….

#1 One professor has estimated that cutting the U.S. trade deficit in half would create 5 million more jobs in the United States.

#2 The United States has a trade imbalance that is more than 7 times larger than any other nation on earth has.

#6 The Chinese undervalue their currency by about 40 percent in order to gain a critical advantage over foreign competitors.  This means that many Chinese companies are able to absolutely thrive while their competition in the United States goes out of business.  The following is from a recent Fox News article….

To keep Chinese products artificially inexpensive on US store shelves, Beijing undervalues the yuan by 40 percent. It pirates US technology, subsidizes exports and imposes high tariffs on imports.

#7 According to the New York Times, a Jeep Grand Cherokee that costs $27,490 in the United States costs about $85,000 in China thanks to all the tariffs.

#8 The U.S. trade deficit with China during 2011 was 295.4 billion dollars.  That was the largest trade deficit that one nation has had with another nation in the history of the world.

#9 Back in 1985, our trade deficit with China was only about 6 million dollars (million with an “m”) for theentire year.

#11 The United States has actually lost an average of about 50,000 manufacturing jobs a month since China joined the World Trade Organization in 2001.

#12 According to the Economic Policy Institute, America is losing about half a million jobs to China every single year.

#14 During 2010 alone, an average of 23 manufacturing facilities closed their doors in America every single day.

#15 Since the auto industry bailout, approximately 70 percent of all GM vehicles have been built outside the United States.

#16 As I have written about previously, 95 percent of the jobs lost during the last recession were middle class jobs.

#17 According to Professor Alan Blinder of Princeton University, 40 million more U.S. jobs could be sent offshore over the next two decades if current trends continue.

#18 The percentage of working age Americans that are employed right now is actually smaller than it was at the end of the last recession.

#19 The average duration of unemployment in the United States is nearly three times as long as it was back in the year 2000.

#20 Due in part to the globalization of the labor pool, only about 24 percent of all jobs in the United States are “good jobs” at this point.

#21 Without enough good jobs, more Americans than ever before are falling into poverty.  Today, more than 100 million Americans are on welfare.

#22 In recent years the U.S. economy has embraced “free trade” and the emerging one world economy like never before. Instead of increasing the number of jobs in our economy, it has resulted in the worst stretch of job creation in the United States in modern history….

If any single number captures the state of the American economy over the last decade, it is zero. That was the net gain in jobs between 1999 and 2009—nada, nil, zip. By painful contrast, from the 1940s through the 1990s, recessions came and went, but no decade ended without at least a 20 percent increase in the number of jobs.

Sometimes a picture is worth a thousand words.

You can get a really good idea of how nightmarish the manufacturing job losses have been in the United States over the past 40 years by checking out this map right here.

And if everything posted above was not bad enough, some U.S. companies even find themselves competing with slave labor here in the United States.

Prison labor is absolutely destroying some businesses here in America.  The following comes from a recent CNN article….

Unicor is a government-run enterprise that employs over 13,000 inmates — at wages as low as 23 cents an hour — to make goods for the Pentagon and other federal agencies.

With some exceptions, Unicor gets first dibs on federal contracts over private companies as long as its bid is comparable in price, quantity and delivery. In other words: If Unicor wants a contract, it gets it.

One company that tries to compete with Unicor has been forced to lay off 150 people over the years because they lose so many contracts to them….

Wilson has been competing with Unicor for 20 years. He’s an executive at American Apparel Inc., an Alabama company that makes military uniforms. (It is not affiliated with the international retailer of the same name.) He has gone head-to-head with Unicor on just about every product his company makes — and said he has laid off 150 people over the years as a result.

“We pay employees $9 on average,” Wilson said. “They get full medical insurance, 401(k) plans and paid vacation. Yet we’re competing against a federal program that doesn’t pay any of that.”

But this is also the kind of thing that U.S. companies are dealing with when they try to compete with big corporations that are exploiting cheap labor abroad.

If you are spending ten times as much on labor as your competitor is, it is going to be really hard to survive.

That is why it has become so hard to find products that are made in America.

Most of our jobs these days are low paying “service jobs”, cushy government jobs or jobs where people push papers around all day.

But those kinds of jobs do not create lasting wealth for a country.

Did you know that there are more tax preparers in the United States than there are police officers and firefighters combined?

Our economy is a giant mirage. We consume way more wealth than we produce, but we are able to keep the party going because we are riding the biggest debt spiral the world has ever seen.

Until then, however, those at the very top are still really enjoying themselves.

For example, one of the latest trends is for rich kids to show off pictures of themselves enjoying their enormous wealth on Instagram.

Something has gone very, very wrong with this country.

So what do you think about all this?  Please feel free to post a comment with your thoughts below…. 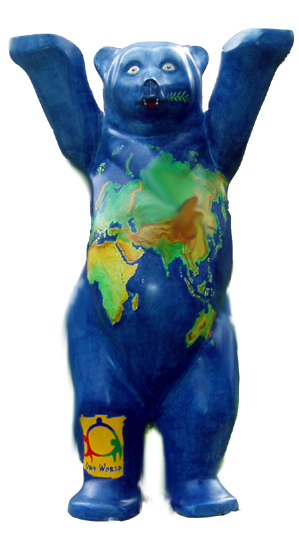